Ben Hai River is a beautiful image of a hometown river, about peace. However, the river once had to carry the resentment, buckling to suffer the division of the homeland and country. The Ben Hai River in Quang Tri used to suffer the division of North and South Vietnam for more than 20 years during the resistance war against the US to save the country. 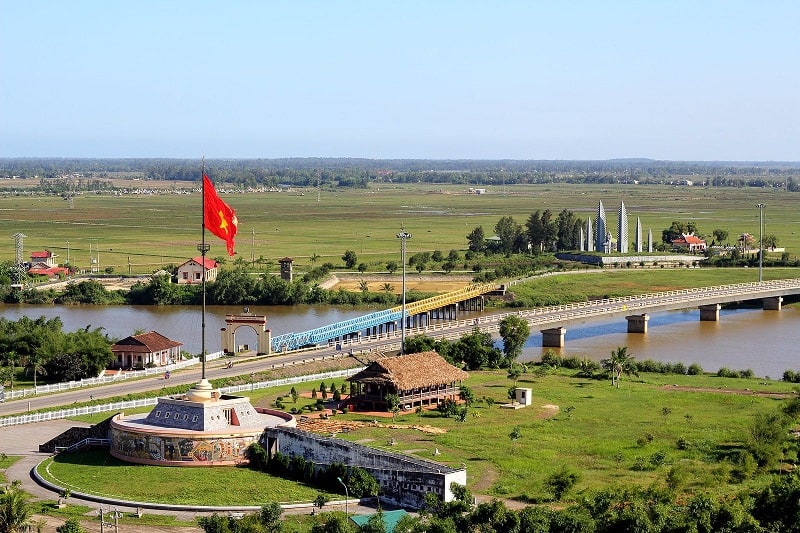 Ben Hai River was originally named Minh Luong. In the reign of King Minh Mang, due to the coincidence of the word “Minh”, therefore, the village and river names were changed to Hien Luong. Ben Hai River is also known as “Ben Hoi” river, the local tongue “hoi” means small river, read from Ben Hoi to Ben Hai.

The banks of Hien Luong – Ben Hai is the name associated with the cluster of historical relics surrounding the banks of the Ben Hai River and Hien Luong Bridge – a historical witness to the scene of “the country was divided in two”, before the strength resistance war of the entire Vietnamese nation during the war against the US in 1954. 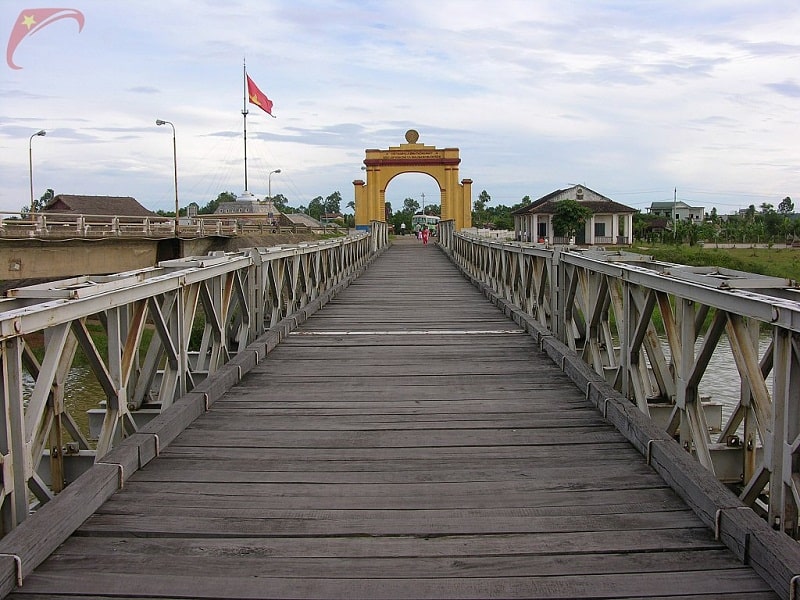 The reason why this place was chosen by the US as a place to divide our country to cause internal contradictions to govern (Like the scene of the division of South Korea and North Korea, which up to now has not been able to “return to the same house”) is due to the special position of the two banks here on the strip of Vietnam. This cluster of historical relics is located on the 17th parallel from West to East on the map of Vietnam and is also located at the intersection between National Highway 1A and Ben Hai River, on the south bank of Xuan Hoa village, Trung Hai commune , Do Linh district, the North bank belongs to Hien Luong village, Vinh Thanh commune, Vinh Linh district invisibly “divided” the country. 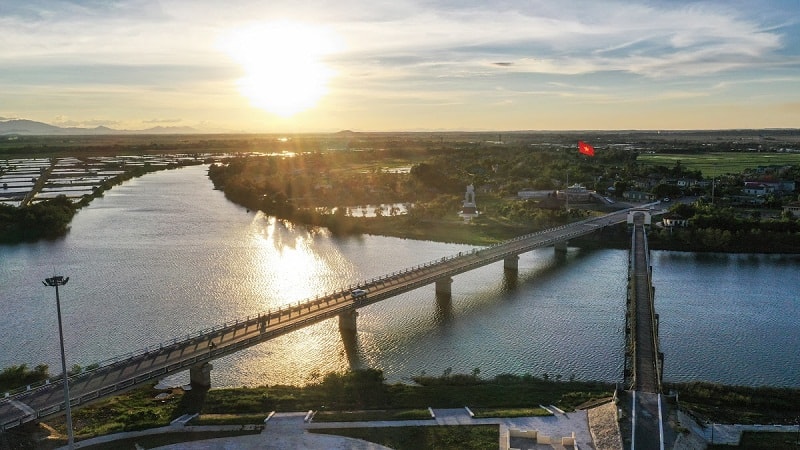 Hien Luong Bridge was built in 1928 by Vinh Linh’s Government with the contribute of people in the area. At that time, the bridge was made of wood, with iron piles about 2m wide, just enough for pedestrians. In 1931, the bridge was repaired by the French to be wider, but other vehicles still across the river by ferry. In 1943, the bridge was upgraded, now small vehicles can pass. In 1950, the French built Hien Luong bridge with reinforced concrete, 162m long, 3.6m wide, with a tonnage of 10 tons. Two years later, the bridge was demolished by our troops to prevent the enemy’s attack to the North. 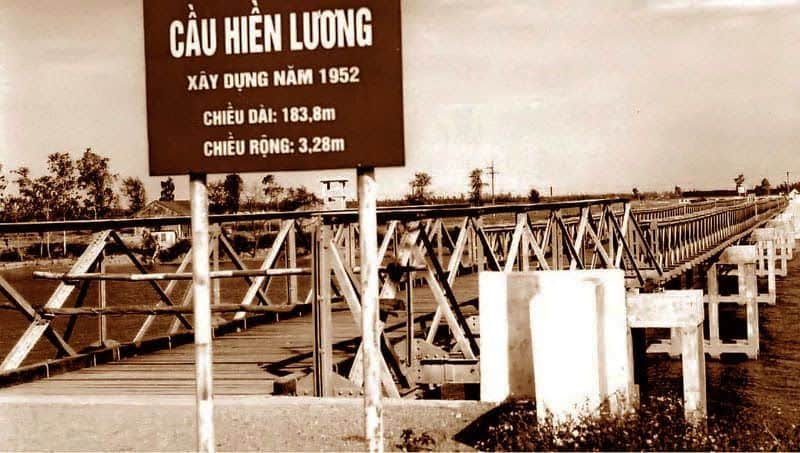 In July 1954 (one of the memorable historical events during the long and arduous journey of our nation’s resistance war for national salvation), after the victory of the resistance war against the French, France and Vietnam signed the Geneva Agreement, creating peace in Vietnam on the basis of respecting the sovereignty of all three countries.

Hien Luong Bridge and Ben Hai River have beared so much pain and loss during the 20 years of the resistance war against the US, patiently waiting for the day of independence and great victory in the spring of 1975, Vietnam officially reconnects the banks of Hien Luong – Ben Hai. In 2003, Vietnam restored this historical relic system, creating favorable conditions for tourists to visit and remember the heroic and tragic past of the nation.

The relics of the two banks of Hien Luong include: Hien Luong Bridge, Ben Hai River, the flagpole on the North bank, the Union house, the police station at the border line, the loudspeakers, the cluster of aspiration for unity monument on the South bank, the 17th Parallel Museum. 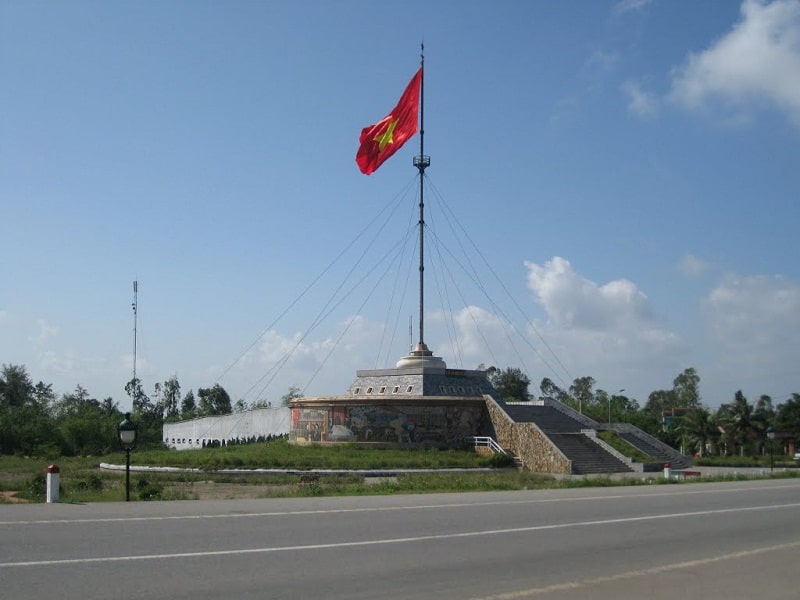 The exhibition house “17th parallel and the aspiration for reunification” consists of 2 booths. The ceremony space is where the statue of President Ho Chi Minh is located. The booth displays 53 documents and artifacts directly related to the fight of our army and people on the banks of Hien Luong – Ben Hai during the resistance war against the US for national salvation. 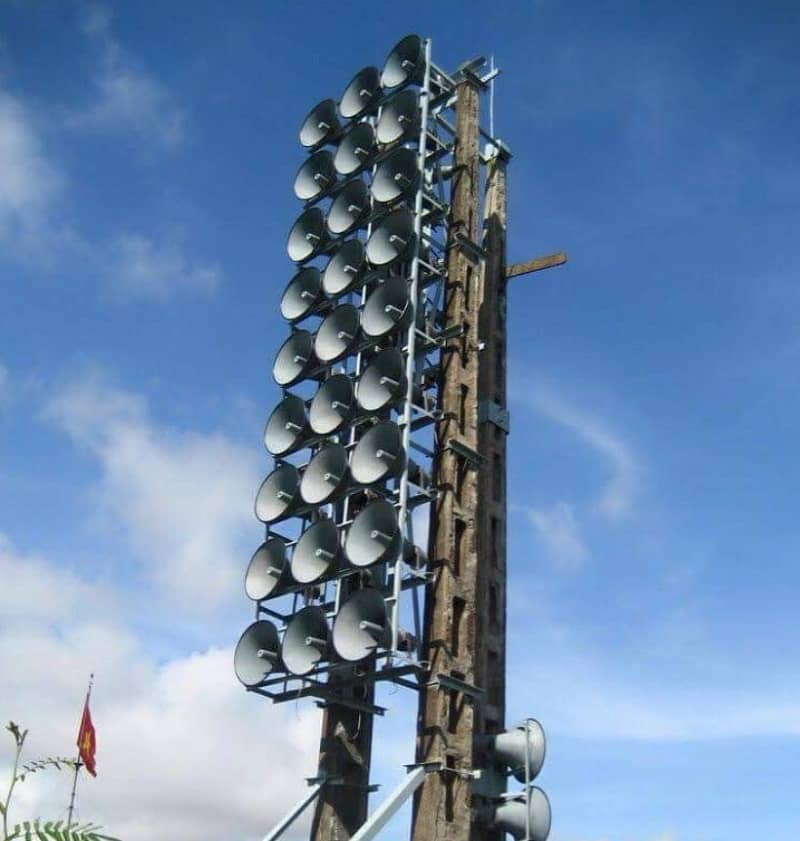 In particular, there is also a restored version of the 500W loudspeaker used by the Government and army of the Democratic Republic of Vietnam on the north bank before. Admiring this speaker, visitors will partly imagine the “speaker match” on the banks of the Ben Hai River from 1954-1965. 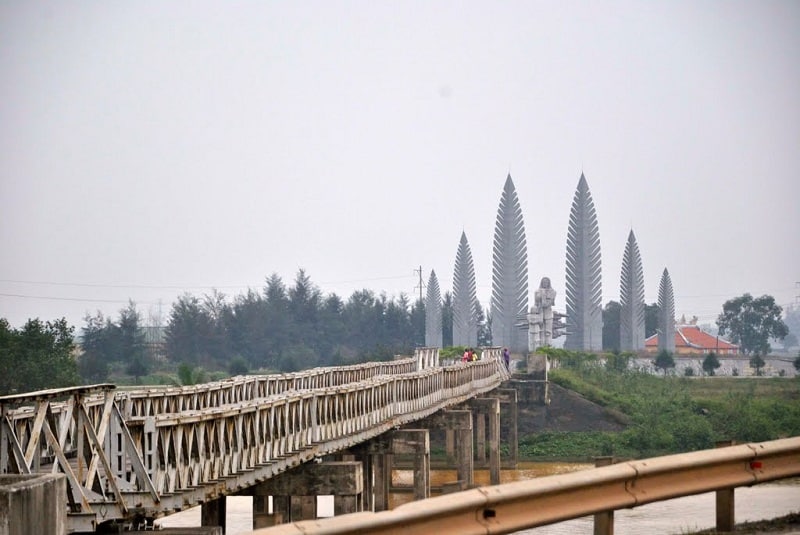 The relic of the two banks of Hien Luong has become a destination of domestic and foreign tourists. Tourists come here to reminisce about the time when the country was divided, to understand the strength, the will and aspiration to gain independence and freedom, to have a beautiful Vietnam today.