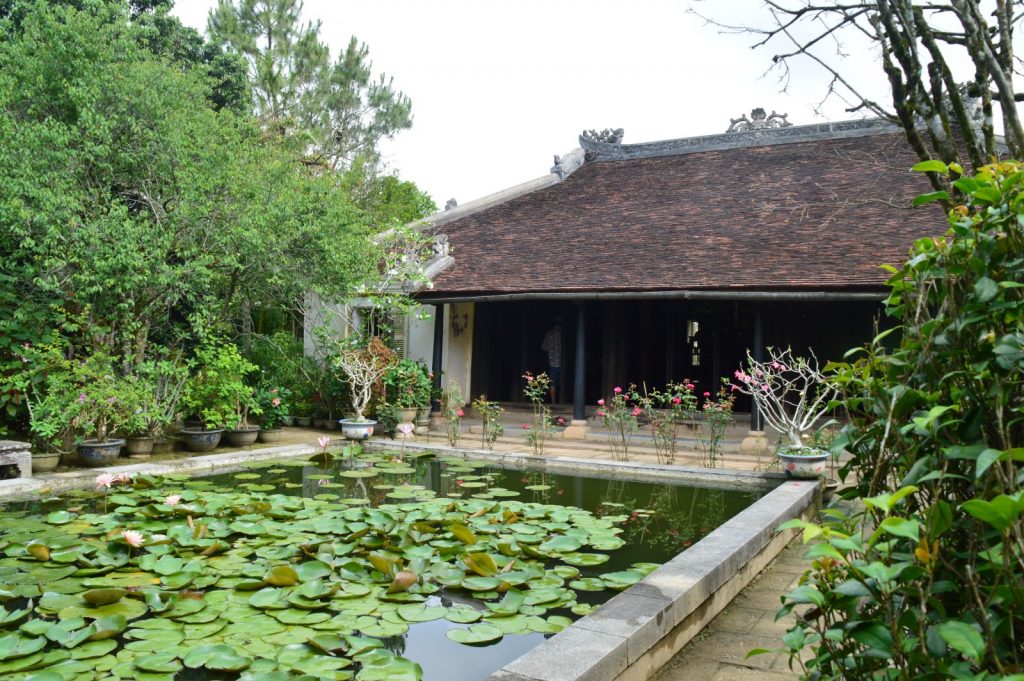 The garden house is a typical architectural style of Hue, it has both noble appearance and traditional folk colors. There are a hundreds of garden houses with extremely unique designs and architecture in Hue city and many of which were built hundred years ago. An Hien garden house is one of the most typical and remarkable building of Hue ancient capital.

An Hien garden house is located at 58 Nguyen Phuc Nguyen street, Xuan Hoa village, Huong Long commune, Hue city. An Hien is considered the most beautiful garden house ever in Hue city. Because it is close to the Citadel, Perfume River and Thien Mu Pagoda, it is also a favorite destination of tourists.

An Hien was built at the end of 19th century and it was originally for the 18th Princess of King Duc Duc of Nguyen dynasty.  In 1920, it was under the management of Mr. Tung Le. In 1936, Nguyen Dinh Chi was the owner of the house. In 1940, Nguyen Dinh Chi died and left the garden for his wife , Mrs. Dao Thi Xuan Yen.  In 2018, An Hien garden house was bought by Silk Path Hotel Company in Hanoi, which made Hue people very worried. However, it is fortunate that Silk Path has kept that garden house and found the ways to restore the unique values of An Hien.

The campus of An Hien garden house is around 4,608 m2, facing to the Huong river. It was built under the traditional architecture of Vietnam and Hue. The entrance to An Hien house is a small arched gate built from mortars and bricks. Along the access path are two rows of white plum trees, soaring and covering the shade . On the left, you will see a rectangular lake covered with water lilies and lotus flowers. In addition, there are many kinds of fruit trees in the garden, such as tangerine, mangosteen, durian, dragon fruit, apricot, persimmon, lychee, etc 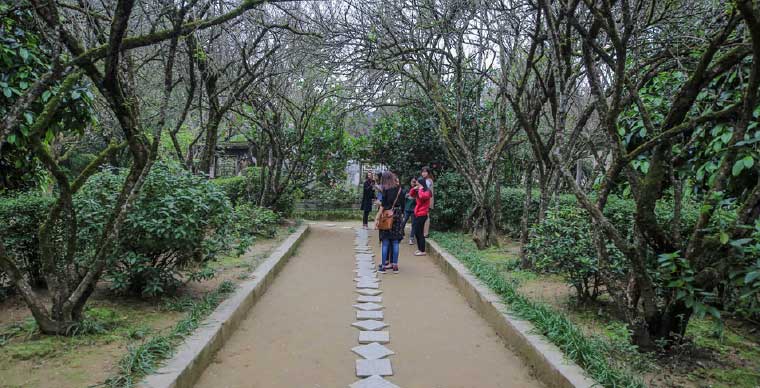 The main architecture of An Hien garden house consists of three compartments and two wings, located almost in the center. The whole frame structures are made of wood. There are 48 pillars along with the truss system made of jackfruit wood, put on the square-shaped pedestal. The roof tile is multi-layer, two sides is covered with dragons, and in the middle of the roof is a lotus shape. In particular, the ancient furniture in the house is always neat and tidy.

The house has many precious souvenir of the Nguyen dynasty. It was a four-lettered “Van Vo Trung Hieu” diaphragm given to the family by King Bao Dai in 1937, hanging in the centre, and many poems of King Thanh Thai, also hanging in the house’s reception area. 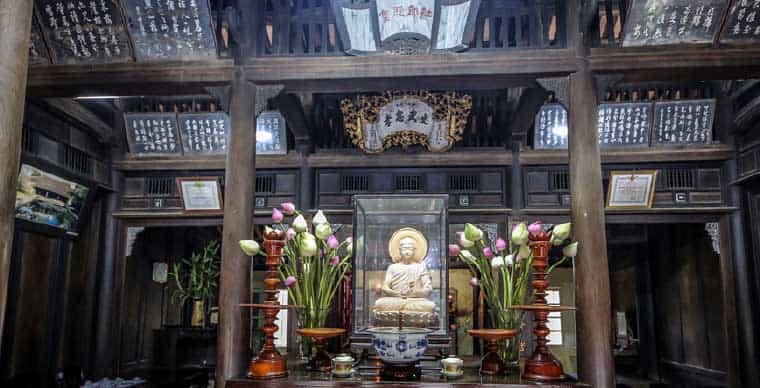 An Hien garden house is not only famous for its charming natural scenery but also impressive due to the depth of the spiritual and cultural. It is now a peaceful place, a cultural site of Hue ancient capital. Moreover, An Hien garden displays its important contribution to promote Hue tourism to the domestic and international tourists. Discovering An Hien garden house will surely be one of the most unforgettable things  for tourists.